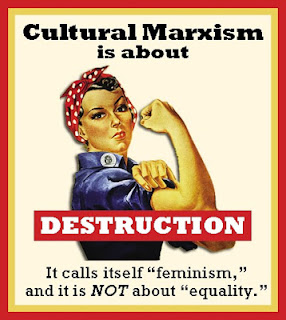 New Zealand politics is largely a discussion of a variety of left wing viewpoints. Centrist arguments can often be labelled "right wing" and anything Conservative or right wing may be labelled a variety of terms often insinuating a slur from "fundamentalist" to "far right" or "religious". The argument is attacked even before it is considered.

However, pointing out the left wing bias in everyday political discourse will invariably be meet with howls of derision. Reds under the bed? Calling the Labour Party full of Marxist ideology? Ooh, how extreme and how scary this unhinged person is for using the M word.

Which is why I am taking the time to remark on an otherwise unremarkable editorial in the Sunday Star Times this week. In a reaction to high salaried managers being at the helm when a stuff-up is discovered in government, the editorial calls on a salary cap.

It advocated for a cap of $400,000 because that is what the Prime Minister earns, and he is a very busy and important person went the logic. Why set the benchmark so high though, really? Surely, he is the most busiest and most important person in a command and control economy this Editorialist dreams about? So a CEO of a large government department perhaps needs their salary clipped at say $200,000 being only half as important, on account of there being so many other ministries?

The idea of maximum salaries is extremely left wing. What's also interesting is the excuse it takes to have this as the solution. Deconstructing the proposition, the editorial is suggesting perhaps a $400,000 per year salary is a permissible fee to pay for incompetence. How about instigating performance reviews? How about demanding salary tied to outcomes? Perhaps responsibility is too much a far right wing concept for this newspaper?

The Waikato Times also brings forth a policy suggestion by a "History Student" to cap salaries. Why a history student, and why that particular student? Are they what is used when credibility needs to be extra high? Perhaps the newspaper editor and the history student were both at the Marxist Not So Anonymous meeting held weekly on campus next to the Che Guevara Beret shop? Who knows?

The suggested maximum salary from the Waikato Times was $200,000. Because presumably, that's enough money for any-one, even with an ideal 60% tax rate. And presumably, this isn't just the State we are talking about, but the whole business sector.

Indeed, that is how the SST editorial finished off their proposal. Today - the government, and tomorrow, the private sector.

Another Example: Infected with Marxism

Greenism a symptom of the intellectual decline of the west

By Andrei January 11, 2012
People have got to eat. To eat they either have to grow food or do something useful which they can exchange for food. Squid is good food so some people go and catch squid and exchange it for the things they need to survive and prosper in this sorry world. Some people think catching squid is bad because it impacts on the sealions or something and therefore the Government shouldn't let people catch squid. The people who think other people shouldn't catch squid are very often people who are prospering, they are often employed in secure jobs and paid from taxes extracted from the people who do useful things, things like catching squid funnily enough. Squid that can be consumed in fancy eateries where University lecturers can dine upon dishes like calamari green salad and seafood chowder while lamenting with their colleagues how "greedy humans" are raping the planet. And killing the sea lions and polar bears in order to "line their pockets". Really of
3 comments
Read more