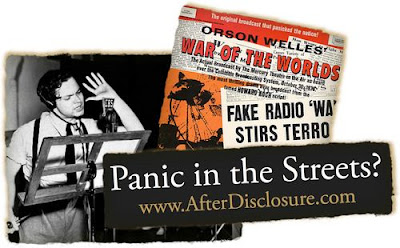 Ben Uffindell, writer of the "The Civilian" is reportedly thinking of quitting blogging, following the hint of legal action over a recent post lampooning Colin Craig.

Whilst he has kept a brave face, insiders say the stress caused by the emails has actually hit Ben pretty hard. "He talks tough, but he is really quite sensitive.  This has hurt him more than you will know, but don't quote me on that."

His faith in satire as a comedic medium has been sorely tested as a growing percentage of the population has argued that everything he is written is substantially true.  A recent post about Bob Parker returning to [outer] space was meant to be a joke, but Bob confirmed today that he was indeed from the planet Tharx.  However, his Tharxian code of honour prevented him from suing The Civilian.  Although Bob did have the option of sucking Ben's brains out through his nostrils, if he so chooses.

Satirical analysts have noted that the follow up posts were on average 13.5% less funny, causing them to theorize that Ben had lost his mojo.  Instead, his closest friends have revealed that he has outsourced the writing to Green Party speech writers whilst he takes time off to rethink his future as a Satirist.  Although they have simply reprinted their press releases on regulating the power industry, most readers agree that they have been reasonably hilarious and almost impossible to distinguish from Ben's other material.

However this has had the unfortunate side effect of making everything produced by the Civilian beginning to look more real than the news, a bizarre form of Poe's Law.  David Shearer confirmed that he was very surprised to read in The Civilian that he had missed the ANZAC day parade, but confirmed that it was probably true because the rest of the story about his plans to middayise the dawn service were bang on.

This still leaves Ben with some hard decisions now that his confidence has been shattered.  Said Ben from the bohemian cafe he uses as a place to chill and come up with new topics: "I don't need to do just satire, you know. I could do situational comedy. I could do irony. I could do gossip.  My sarcasm skills are not too shabby.  Air NZ have contacted me about some kind of safety video. That could take my career in new directions."

Ben is also hopeful that a stint on the Ellen DeGeneres show will open new doors. Says Ben: "Ellen contacted me after reading my post on Maurice Williamson. She was very keen to get me on the show as Maurice's official biographer and hydrologist expert. I'm not sure how she got that impression, but I'm playing along for now. The chance to mix it up with a comedian of that calibre leaves me lost for words."

Fans have reacted angrily to the rumours of early retirement: "Is he mad? His popularity has sky-rocketed following that post. Ben is rapidly approaching 10,000 likes on Facebook, which will put him within a mere 479,000 likes of "Austin Powers".   Stamp Collecting has 124,000 likes, he could beat that. I just know it." said a fan who wished to remain anonymous, but we've identified as Glen Carmichael, because the internet is like that.

"Satire is funny.  Mocking people is funny.  Making shit up is funny.  Hurting Ben's feelings is another matter entirely" declared an anonymous fan who explained that people have died to protect free speech, which just goes to show how funny satire is.

The world remains poised to see if Ben can get past his hurt feelings, and get his mojo back.

On the other hand, liberals and lefties around NZ hate Colin Craig even more, but will go ballistic when they discover his latest stunt gives him a 3% lift in the polls.

Closing remarks: Bob Parker isn't from Tharx, and I actually have no idea if Ben's feelings are hurt, but if his lawyers contact me I'll be happy to make any corrections to the required effect.  I also have no idea if he is really considering quitting, but after the pressure of receiving those emails, I wouldn't be surprised.  I think the email ran to 300 words - that's got to be tough.  Thank goodness this post is only satire (except for the bit about the Labour/Green Party's press releases being comedy gold.  I didn't make that bit up).