Clark was forced to confess to their secret identities after it was revealed that Batman was none other than Mike Williams. It wasn't the jawline under the mask that gave Mike away, but the size of his utility belt, which was found near John Key's rubbish bin.

Mike Williams, better known as the Dark Knight Detective, used his super sleuthing skills to track down John Key's signature, on a document over 20 years old. Initially, it was thought to be the signature of a completely different person, and Mike "Batman" Williams was heavily mocked by a usually compliant media. However, new evidence has finally meant Helen Clark can step forward and take the credit for unmasking John Key as the leader of an ancient race of aliens intent on enslaving the human population.

"We have found John Key's signature on a papyrus scroll dated around 3,500 BC linking him to the collapse of a large construction company building a chain of tombs for pharaohs across Egypt using slave labour. Now we have proof that John Key has been involved in pyramid trading schemes from the beginnings of human civilisation, right up to the latest world wide collapse of the banking system."

Clark had special praise for the combined efforts of Trevor "Green Lantern" Mallard and David "The Flash" Benson-Pope. It has been revealed Benson-Pope-Flash only faked his political death so he could spend more time investigating the evil machinations of John Key, and will announce his triumphant resurrection when his familiar red gimp suit with the symbolic lightening bolt through a tennis ball is returned from the dry cleaners.

It was "Green Lantern" Mallard that revealed John Key's shocking alien ancestry. As Green Lantern, Mallard's powers are ineffectual on anything yellow, such as gold, the ACT party, or his own spinal column.

When Mallard used used his magic ring to focus his amazing shrill power on John Key, he found John totally impervious to the effects. "Gold runs through his alien capitalist veins, confirming our worst fears - a being from the Androgynous Star System identifiable by a reverence for Brad Pitt, another alien in our midst."

"I would have called him a chinless scarf wearer, or a bagman for the US government but he just shrugs off such power attacks. This is a job for Superman."

And once Dr Cullen took off those horn rimmed spectacles, it was obvious he was none other than Superman, the Man of Steal.

"I can now reveal that John Key has kept me helpless, when he came into possession of some kryptonite. Weakened, I was forced to grant tax cuts to ensure the Justice League would win the next election battle. However, I can confirm that if our alien enemies are vanquished I will be able to reverse the poisonous effects of tax cuts with a December mini-budget and two packs of super gum and gather back the Justice League's rightful royalty fees into my Fortress of Solitude."

Journalists today were keen to see Helen Clark, as the now revealed Wonder Women prove that she was one and the same. "Well, according to legend, I was made from mud and raised on an island completely populated by only women, who forbid any male to touch its soil on pain of death. You can see how that upbringing has influenced my early political career and my policies." 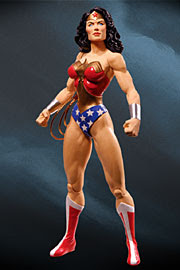 "Furthermore, I can now reveal my photo is a true representation of my likeness, and it is my non-amazonian daily Clark disguise that is photo-shopped using powerful Themysciran technology.

When asked where her magic lasso is that forced people to tell the truth, she explained it was off for repairs when she tried to use it on Winston Peters, "That man has an exterior suit of pure Teflon."

Asked what other evidence the Labour Party had on John Key, Clark explained that the remaining super heroes had been dispatched on a secret mission to an alternate reality where they hoped to locate a weapon that would destroy National once and for all.

"Frankly, Nicky Hager aka Black Canary has lost his super powers of sonic scream, and Chris Trotter as Captain Stalin is still trapped in a time bubble dating back to the sixties. We feel confident that working in an alternate reality is the best bet for success, and we hope all non-alien New Zealanders are with us on this. It's about trust, and if you can't trust super heroes, who can you trust? Certainly not a brain sucking capitalist alien with gold in his veins."

"The Justice League must prevail on election day. Even if we must band together with the completely insane Green Druids of the Earth. Sacrificing a few farmers seems a small price to pay to save the world from Key and his alien overlords."


Keeping Stock: It's about Trust

Wikipedia's profile on the original Justice League and JLA graphic from here: JLA